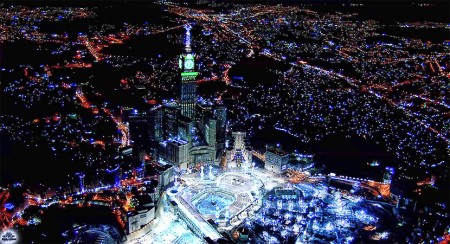 Umrah and Hajj both are pilgrimages of Islam that are undertaken by Muslims all over the world. A person who has not performed any of them generally fails to comprehend the difference between Umrah and Hajj. Although many of the practices and rituals and of Umrah and Hajj and are similar, still there are many differences between the umrah and Hajj, such as:

Hajj is considered as the main or major pilgrimage whereas Umrah is considered as a lesser or minor one. From the religious point of view, the importance of Hajj is higher and more than that of Umrah.

The rituals for Umrah include the ihram (ritual of purification), Tawaaf (circumambulation) the Holy Kaabah, Saaee (the running) between the mountains of Safa and Marwah, drinking the Zamzam water, and shaving off the hair. In addition to all the rituals that are practiced in Umrah, Hajj includes some additional rituals, such as spending days and nights in areas neighbouring the city of Makkah (Arafat, Mina, and Muzdalifah), rami-al-jamarat (stoning the devil), and Qurbani (slaughtering the animal) in the name of ALLAH.

Another difference between Umrah and Hajj is that Hajj can only be performed in the month Dhul-Hijjah (Zul Hijjah) only, whereas Umrah can be performed at throughout the year (except the days of hajj).

The Rulings for Umrah and Hajj:

The most important point of dissimilarity between the Hajj and Umrah is the fact that Hajj is one of the five pillars of Islam. ALLAH has made Hajj obligatory for all the Muslims to perform at least once in their life. As mentioned by ALLAH in the holy Quran, verse 3:97

In it are clear signs [such as] the standing place of Abraham. And whoever enters it shall be safe. And [due] to Allah from the people is a pilgrimage to the House – for whoever is able to find thereto a way. But whoever disbelieves – then indeed, Allah is free from need of the worlds.

While In case of Umrah, it is not obligatory to perform but it has its own importance and value.

The Crux of the differences between Umrah and Hajj:

Cheapumrahpackage.net is one of the authorized Hajj and Umrah travel agent based in UK offers a range of Cheap and Reasonable Hajj Packages 2016 from UK.