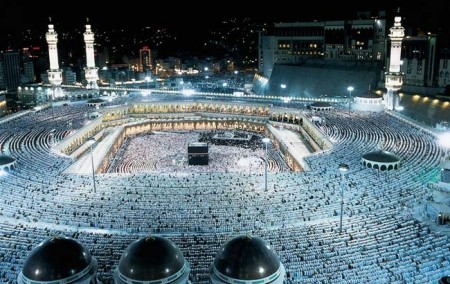 Hajj is the fifth pillar of Islam which means intending to Holy Kaaba to perform precise rituals as directed by ALLAH Almighty in Holy Quran.

The command of performing hajj comes directly from ALLAH Almighty in Holy Quran. The human life is filled with so many problems, trials and worries. To rebalance it, humans struggle to unfilled or empty the accumulated negativities and invest in attainment the positive energy. Hajj is the best way to get wholesome positives in your life. This 5th pillar of Islam holds numerous hidden and open benefits for humankind and especially for the muslims.

In Surah al Hajj, verse 28, ALLAH Almighty says;
And of the people is he who disputes about ALLAH without knowledge or guidance or an enlightening book [from Him],

Besides the infinite personal benefits of Hajj that are hidden and known from the eye of followers, we have categorized few benefits into religious and social effects of Hajj.

The base of Unity

This is definitely an open secret as Hajj symbolizes the unity of all Muslims on the general note. It is the greatest expression of harmony and Oneness of ALLAH Almighty. People of different ethnicity, demography and backgrounds of completely different corners of the globe gather and perform the hajj rites and rituals, reciting labbaik and wearing only two pieces of white coloured clothes, all of this conveys the accurate message of Islam to the entire world. They all seeking the one purpose and acknowledge the power of ALLAH Almighty denying all kind of false deities.

Every Zil-hajj of the lunar year, the enormous and closely packed crowd and gathering of pilgrims reveals the accurateness of each word said by Prophet Muhammad (PBUH) at the “Hajj atul Wida”, clear and loud.

Holy Kaaba is the first house of ALLAH Almighty, is also declared as the medium for us where we all Muslims can gathered, pray and feel the link and closeness with the Creator, ALLAH Almighty. It is the most sacred and blessed place on earth and holds the greatest value by all means in hearts of the Muslims.

Indeed, it is the safest place where the only law followed is of ALLAH Almighty. The justice and fairness is maintained by removing all the differences of race, wealth, power, statuses, caste, and abiding the rituals on same note and following the same dress code.

The Spirit and essence of Islam

The pilgrimage Hajj represents the spirit and essence of Islam.

ALLAH Almighty has declared the Holy kaaba as a symbol of Islam so that each and every Muslim from all the corners of the globe. Hajj is the once in a lifetime obligation that helps in generating a strong message towards all non-Muslims reveal the unity and power of Islam and its believers.

Cheapumrahpackage.net is one of the authorized Hajj and Umrah travel agent based in UK offers a range of Cheap and Approachable Hajj Packages 2016 from UK.