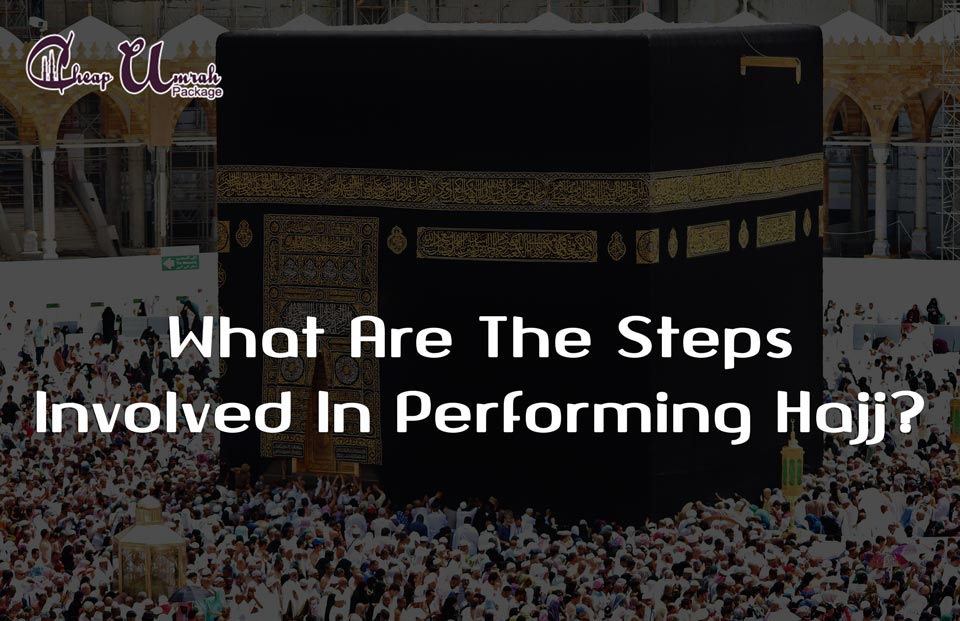 Hajj is quite a long pilgrimage than Umrah and this is the reason why it seems to be a bit difficult for the weak and old people. For having all the reward and bow to Allah (SWT) we try our best to carry it out sincerely. In order to do it in the best possible way, we need to learn all the necessary steps. The detail has to take a lot of material to get clearly described and here we are just giving you an idea by a short summary.

Ihram is the specific type of dress that you need to wear and along with it, you have to make an intention of performing Hajj. This step has to be started from a place named ‘Meeqat’. From this point on, the pilgrim has to start reciting the relevant Dua that is considered essential during this act. Ablution is a must before this and a person needs to be in the state of cleanliness and purity. There are three types of Hajj if you are performing a specific one of them then Umrah rituals should be performed next to it.

After Umrah rites, the intention has to be made again. After the Morning Prayer now is the time to travel to Mina. At that, pilgrims have to offer the obligatory prayers as routine.

Now when it is the time to offer evening prayer, the pilgrims travel to Muzdalifah. Pilgrims offer Fajar prayer as well and prepare themselves for Rami.

This ritual is that of stoning the devil. For this, pilgrims go to Mina and perform this ritual at the structures made of stones. This has to be performed at noon.

After the completion of Rami, sacrifice has to be made. For this, pilgrims sacrifice their animals. The animal is specified and it is obligatory to stay within that limit.

This is the ritual of trimming or shaving of the hair. Men have to shave all the hair of the head while women’s hairs are trimmed only.

Tawaf is the act of making circumambulation around the holy Kaaba. The circuits that are made are seven in number while the direction needs to be counterclockwise.

Sayee is the ritual in which a pilgrim has to walk between the hills named ‘Safa’ and ‘Marwa’. These rounds of walking between them must be seven and the ritual is completed.

This ritual has to be done once again. For this, you have to go to Mina again. This time you will throw the stones at the remaining two pillars.

This is the last ritual and the pilgrims have to perform another tawaf which is called a ‘farewell tawaf’.

Above are all the steps which are involved in performing Hajj. Now, if you want to perform Hajj than book your Hajj Package Deals from CheapUmrahPackage.Net which is ATOL & IATA protected and one of the best and leading travel agency in London United Kingdom.